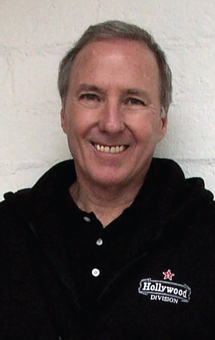 Joseph Wambaugh, a former LAPD detective sergeant (1960-1974), is the bestselling author of twenty-one prior works of fiction and nonfiction, including The Choirboys and The Onion Field. Wambaugh joined the Los Angeles Police Department (LAPD) in 1960. He served 14 years, rising to detective sergeant. He also attended California State University, Los Angeles, where he earned Bachelor of Arts and Master of Arts degrees.

In 2004, he was named Grand Master by the Mystery Writers of America. He lives in southern California.

The Onion Field
This is the frighteningly true story of two young cops and two young robbers whose separate destinies fatally cross one March night in a bizarre execution in a deserted Los Angeles field.
02

The Choirboys
Partners in the Los Angeles Police Department, they’re haunted by terrifying dark secrets of the nightwatch–shared predawn drink and sex sessions they call choir practice. Each wears his cynicism like a bulletproof jockstrap–each has his horror story, his bad dream, his night shriek. He is afraid of his friends–he is afraid of himself.
03

The New Centurions
From the baby-faced rookies to hashmark heroes, they are besieged men, dealing daily with a world coming apart. Hunting killers, rousting whores, quelling gang wars, fighting corruption, they risk death every day...every night. They are the Los Angeles blues - a new breed of cop.
04

Hollywood Station (Hollywood Station, #1)
For a cop, a night on the job means killing time and trying not to get killed. If you're a cop in Hollywood Division, it also means dealing with the most overwrought, desperate, and deluded criminals anywhere. When you're patrolling Sunset and Hollywood Boulevards, neither a good reputation nor the lessons of scandals past will help you keep your cool, your sanity, or your life when things heat up.The robbery of a Hollywood jewelry store, complete with masks and a hand grenade, quickly connects to a Russian nightclub, an undercover operation gone bloodily wrong, and a cluelessly ambitious pair of tweakers. Putting the pieces together are the sergeant they call the Oracle and his squad of street cops. There's Budgie Polk, a twenty-something firecracker with a four-month-old at home, and Wesley Drubb, a rich boy who joined the force seeking thrills. Fausto Gamboa is the tetchy veteran, and Hollywood Nate is the one who never shuts up about movies. They spend their days in patrol cars and their nights in the underbelly of a city that never sleeps. From their headquarters at Hollywood Station, they see the glamour city for what it is: a field of land mines, where the mundane is dangerous and the dangerous is mundane.
05

Ex-cop turned #1 New York Times bestselling writer Joseph Wambaugh forged a new kind of literature with his great early police procedurals. Gritty, luminous, and ultimately stunning, this novel is Wambaugh at his best—a tale of a street cop on the hardest beat of his life.

Twenty and two. Those are the numbers turning in the mind of William "Bumper" Morgan: twenty years on the job, two days before he "pulls the pin" and walks away from it forever. But on the gritty streets of L.A., people look at Bumper like some kind of knight in armor—they've plied him with come-ons, hot tips, and the hard respect a man can't earn anywhere else. Now, with a new job and a good woman waiting for him, a kinky thief terrorizing L.A.'s choice hotels, and a tragedy looming, Bumper Morgan is about to face the only thing that can scare him: the demons that he's been hiding behind his bright and shiny badge...

The Blooding
Fifteen-year-old Lynda Mann's savagely raped and strangled body is found along a shady footpath near the English village of Narborough. Though a massive 150-man dragnet is launched, the case remains unsolved. Three years later the killer strikes again, raping and strangling teenager Dawn Ashforth only a stone's throw from where Lynda was so brutally murdered. But it will take four years, a scientific breakthrough, the largest manhunt in British crime annals, and the blooding of more than four thousand men before the real killer is found."Wambaughs darkest nonfiction since "The Onion Field." . . . A meticulous and suspenseful reconstruction . . . . A powerful and elegant police procedural."-- "Kirkus Reviews."

"Like that cop that he was, Wambaugh brings his English colleagues to vivid life, and like the instinctive reporter that he is, he makes Narborough seem more like Brigadoon than contemporary Britain. For this one, both thumbs up."-- "New York Daily News"
07

Hollywood Crows (Hollywood Station, #2)
When LAPD cops Hollywood Nate and Bix Rumstead find themselves caught up with bombshell Margot Aziz, they think they're just having some fun. But in Hollywood, nothing is ever what it seems. To them, Margot is a harmless socialite, stuck in the middle of an ugly divorce from the nefarious nightclub-owner Ali Aziz. What Nate and Bix don't know is that Margot's no helpless victim: the femme fatale is setting them both up. But Ms. Aziz isn't the only one with a deadly plan.
In HOLLYWOOD CROWS, Wambaugh returns once again to the beat he knows best, taking readers on a tightly plotted and darkly funny ride-along through Los Angeles with a cast of flawed cops and eccentric lowlifes they won't soon forget. Complete with scams, cokeheads, petty (and some not so petty) crimes, HOLLYWOOD CROWS offers the very best of Wambaugh: impeccable plotting, acerbic humor, and plenty of flawed but lovable characters.
08

Hollywood Moon (Hollywood, #3)
There's a saying at Hollywood station that the full moon brings out the beast--rather than the best--in the precinct's citizens. One moonlit night, LAPD veteran Dana Vaughn and "Hollywood" Nate Weiss, a struggling-actor-turned cop, get a call about a young man who's been attacking women. Meanwhile, two surfer cops known as Flotsam and Jetsam keep bumping into an odd, suspicious duo--a smooth-talking player in dreads and a crazy-eyed, tattooed biker. No one suspects that all three dubious characters might be involved in something bigger, more high-tech, and much more illegal. After a dizzying series of twists, turns, and chases, the cops will find they've stumbled upon a complex web of crime where even the criminals can't be sure who's conning whom.
Wambaugh once again masterfully gets inside the hearts and minds of the cops whose jobs have them constantly on the brink of danger. By turns heart-wrenching, exhilarating, and laugh-out-loud funny, "Hollywood Moon" is his most thrilling and deeply affecting ride yet through the singular streets of LA.
09

Echoes in the Darkness
On June 25, 1989, the naked corpse of schoolteacher Susan Reinert was found wedged into her hatchback car in a hotel parking lot near Philadelphia's "Main Line."  Her two children had vanished.  The Main Line Murder Case burst upon the headlines--and wasn't resolved for seven years.  Now, master crime writer Joseph Wambaugh reconstructs the case from its roots, recounting the details, drama, players and pawns in this bizarre crime that shocked the nation and tore apart a respectable suburban town.  The massive FBI and state police investigation ultimately centered on two men.  Dr. Jay C. Smith--By day he was principal of Upper Merion High School where Susan Reinert taught.  At night he was a sadist who indulged in porno, drugs, and weapons.  William Bradfield--He was a bearded and charismatic English teacher and classics scholar, but his real genius was for juggling women--three at a time.  One of those women was Susan Reinert.  How these two men are connected, how the brilliant murder was carried off, and how the investigators closed this astounding case makes for Wambaugh's most compelling book yet.
10

The Black Marble
He is a damned good cop--a burned-out homicide detective wrapped around a Smith & Wesson .38 and a vodka bottle. She is his partner--twice divorced, nursing a grudge against men, obsessed by the awful temptation of love.