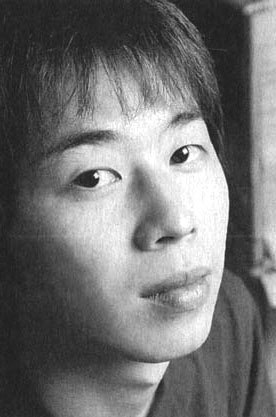 Naruto, Vol. 01: Uzumaki Naruto (Naruto, #1)
Naruto is a ninja-in-training with an incorrigible knack for mischief. His wild antics amuse his teammates, but Naruto is completely serious about one thing: becoming the world's greatest ninja!

Twelve years ago the Village Hidden in the Leaves was attacked by a fearsome threat. A nine-tailed fox spirit claimed the life of the village leader, the Hokage, and many others. Today, the village is at peace, and a troublemaking kid named Naruto is struggling to graduate from Ninja Academy. His goal may be to become Hokage, but his true destiny will be much more complicated. The adventure begins now!
02

Naruto, Vol. 11: Impassioned Efforts (Naruto, #11)
Now preparing for the finals of the Chūnin Selection Exams, Naruto studies with naughty new mentor Jiraiya and struggles to harness the power of the Nine-Tailed Fox chakra locked within him. Meanwhile, other ninja villages are forming secret alliances against Konohagakure...
04

Naruto, Vol. 02: The Worst Client (Naruto, #2)
Tired of menial tasks, Naruto, Sasuke and Sakura ask for a tougher assignment. But you should always be careful what you wish for! Along with their sensei, Kakashi, the trio must guard a cranky old man from the Land of Waves. But Tazuna the bridge builder is in more danger than anyone could have imagined. And now the young ninja are too!
05

Naruto, Vol. 05: The Challengers (Naruto, #5)
The three ninja-in-training have signed up for the Chūnin Selection Exams, which they must pass if they ever want to advance to the rank of full-fledged shinobi. They learn too late how grueling the exams are—and how dangerous. If the tests of skill, stealth, and battle prowess don't kill them, their fellow junior ninja will. And, since the three pass or fail as a group, they're only as strong as their weakest link: Naruto!
06

Naruto, Vol. 03: Dreams (Naruto, #3)
While they recover from their injuries, Kakashi puts Naruto, Sasuke, and Sakura on a strict training regimen to protect Tazuna's family against Zabuza's next attack. But Zabuza has a dangerous new apprentice in Haku. And as the bridge comes closer to completion, our heroes must be willing to kill—or die.
07

Naruto, Vol. 09: Neji vs. Hinata (Naruto, #9)
Still in the thick of the Chūnin Selection Exams, the student ninja unleash their signature techniques as they spar in a series of one-on-one elimination matches. The heated battles bring out a new side in many of the opponents as they fight to advance to the third stage of the test and, in some cases, struggle to survive! Naruto looses an explosive new move on his foe—but will it be enough to win? And when Hyuga clan members Neji and Hinata are pitted against each one another, will old family grudges make their duel even more vicious than the others?
08

Naruto, Vol. 04: Hero’s Bridge (Naruto, #4)
There comes a time in every ninja's training when he must put aside his morals and face the truth: ninjas are tools for killing. For Naruto, seeing Sasuke dead, that time is now. Rage awakens the nine-tailed fox spirit within Naruto, giving him the strength to overcome Haku—but can he bring himself to finish the job?

As the battle for the Land of the Waves comes to a tragic ending, our heroes return to the village of Konohagakure in time for the Chūnin Exams. But junior ninjas from around the world have gathered to take the exam, bringing their own strange ninjutsu and mysterious goals.
09

Naruto, Vol. 07: The Path You Should Tread (Naruto, #7)
Deep within the Forest of Death, Naruto, Sasuke and Sakura are still reeling from Orochimaru's attack—and now they must battle his minions, the mysterious Sound Ninja. And as Sasuke struggles with the strange force growing inside him, spreading like an infection from the curse-mark Orochimaru burned into his neck, time is running out for the student ninja to collect the scrolls they need to pass the Chūnin Exams!
10

Naruto, Vol. 12: The Great Flight (Naruto, #12)
At last, the finals of the third phase of the Chūnin Selection Exams begin! In the first battle, Naruto faces off against Neji, widely considered to be the most talented young ninja in Konohagakure. With his newfound ability to access the power of the Nine-Tailed Fox, can Naruto beat his genius opponent? Or will Neji overcome his family's troubled history to triumph in the match?